It is not a secret that phone calls are an exemplary marketing technique to earn voters. They are not just part of a presidential election, but especially in the months before the election those campaigns reach their peak. And with those, many fraudsters sniff their chance to get in contact with people and scam them on the behalf of the election. We report about the most common scams and what you can do to avoid them. 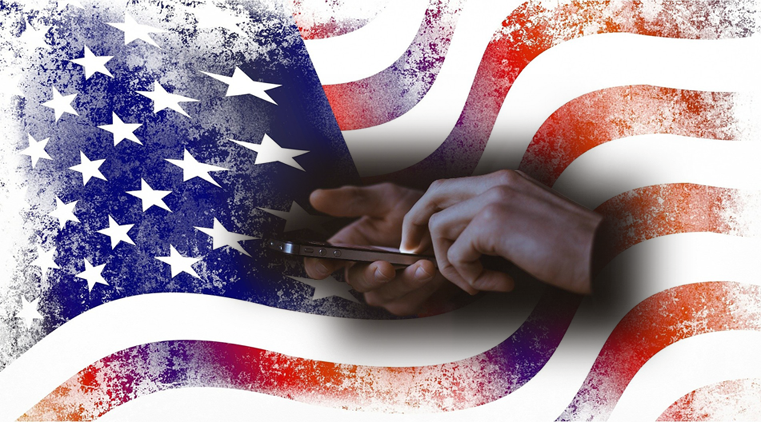 Just in July this year we reported that the U.S. Supreme Court held up a rule for the long-awaited ban of robocalls to mobiles in context to political advertisement among others. While in 2015 it was paused for exceptions, the majority of the court voted for an ongoing ban of robocalls.

While the FCC already ruled the limitation of automated calls and texts as well as pre-recorded voice calls referring to political campaigns to mobile phones without prior consent, many US citizens still encounter robocalls without giving consent. While there are lots of genuine calls about political campaigns, scammers are always taking their chance to make money out of credulous citizens.

Callers claim to inform about political parties and carry out polls about the current situation. Those circumstances are often used to pull personal information which can be used to retrieve credit card info or expensive contracts. Fake prizes are also used to lure the called person to answer simple questions. Real political polls will not ask you about sensitive data such as address, birth date or credit card numbers.

Political campaigns are often funded or part of a donation. Scam callers have tried to convince their victims in making a donation for a specific campaign or cause in the past. It is not uncommon that charities and fundraiser ask for donations by phone, but you should note that political campaigns are usually supported by the official websites of the candidates only. Before giving any information you should research the foundation that is calling you.

With the help of audio recordings scammers may claim to be a certain candidate and request a donation with a direct transaction by phone. Those calls can be very convincing, so be aware of such calls and do not give any personal data to the caller.

Petitions are a common way to share concerns about certain issues. To verify your signature and participation, you are asked to fill personal data. Make sure that the petition is part of a trustworthy website before entering any personal data. Otherwise your information can be used for criminal activity or identity theft.

The only way to vote is by mail-in ballot or in person. If a caller tells you that you can vote by phone or text message, it is a fraud. They might use your data in order to set up contracts and keep you subscribed to other services. In other words, most scammers try to get to your money and giving personal data or agreeing to any dubious questions on the phone helps them to reach their goal.

Advice from tellows
Do not follow the caller’s instructions if you don’t trust them. Report any suspicious caller directly to the FTC or hang up.

The community has already reported several phone numbers about political campaigns and the like. Allegedly the AFP Action PO called people about a political campaign. Other users reported political calls about virtual town meetings about the current corona situation of politicians and political text messages.

What can I do to prevent those scams?

Further protection for your mobile is provided by the tellows smartphone app. Caller ID, reverse search, ratings and blocking of unwanted calls available for your phone. Download now for iOS and Android for protection on the go.

Let us know what kind of election calls you received and what you did to tackle them!