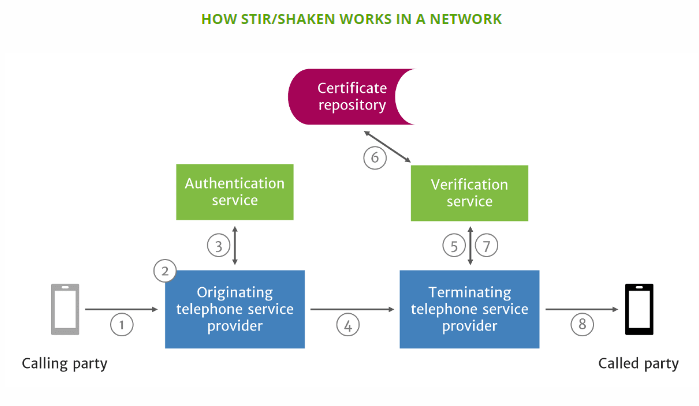 FCC Chairman Ajit Pai, who has demanded the phone industry to provide caller ID for the public in Nov 2018. Now SHAKEN/STIR, which stands for Signature-based Handling of Asserted Information Using toKENs (SHAKEN) and the Secure Telephone Identity Revisited (STIR) standards, is developed by several carriers in the US. The system basically works as a real time caller ID authentication, recognizing incoming calls which are dialed by computers. As stated by ZDNet, It was first tested successfully in March this year, and FTC would like to apply the system by the end of 2019.

Besides the new technology and financial penalty, the TRACED act also aims to enhance cooperation between FCC, Federal Trade Commission, Department of Homeland Security, Department of Justice, and the Consumer Financial Protection Bureau, to constantly improve the measures of anti robocalls and also prosecute offenders effectively.

Admittedly, the TRACED act and SHAKEN/STIR system would not stop robocalls completely, but combining the system and the newly introduced penalty will have a higher deterrent effect on dialing illegal robocalls. We hope that the service will be applied ASAP! In the meantime, you can also visit tellows website or our apps for number lookup or to rate and comment on suspicious phone numbers. We believe that the number of spam calls will decrease if we work hand in hand.