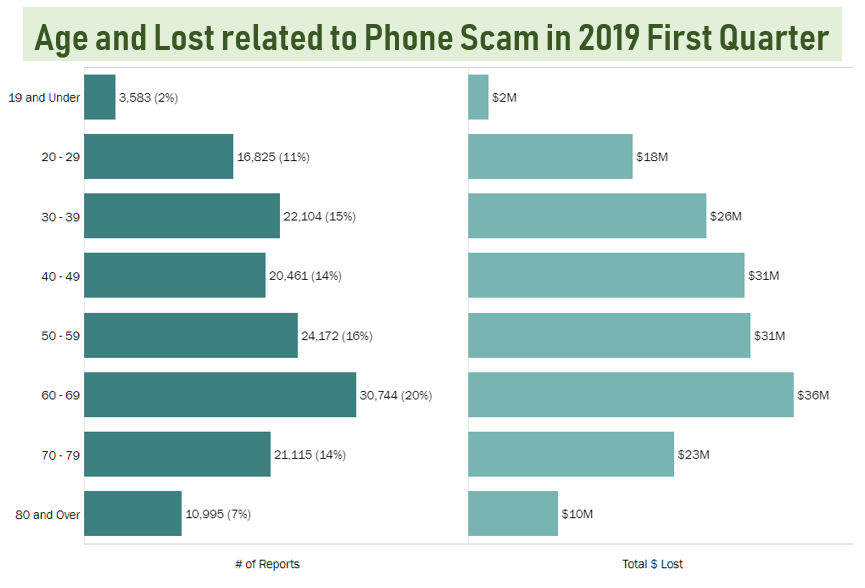 According to Fox business news, The victim was told that she was entitled to a large cash prize and in order to collect the money, she had to pay transaction fee and tax. Her granddaughter stated that she recognized that her grandma was being scammed in their last conversation. It is reported that bags of receipts of the victim were found in a closet, which shown the victim sent money to unknown accounts,took out a second mortgage on her home, drained her life savings and cashed out all of her life insurance. The victim’s granddaughter said that ‘My grandmother died with $69 in her bank account.’

This time tellows want to show some common phone frauds that are targeting at the elderly, let’s have a look at the following:

1. Impostor scam
The victim is usually told that he/ she would be arrested by the police, however, it can be resolved if they pay money to the scammer. The fraudster will pretend to be government officials, such as social security agent or police, to an extend that they would spoof an officer’s number and voice mail in order to make it more realistic. Payment method is usually by buying gift cards or bank transfer.

2. Fake prize scams
This is when scammers claims that the victim has won a prize that doesn’t exist. The scammer will then ask for financial information, such as credit card details or account number, or ask the victim to send a cheque to pay the taxes and transaction fees. To prevent the seniors falling victim of robocalls, tellows suggests the followings:

1. Talk about the types of phone scams with your family elder members
It is important that the elderly know the types of scams and what are the tricks that the fraudsters are using. Show them the importance of recognizing a phone scam and the consequences of the falling victim! Take a look at the Consumer Financail Protection Bureau website.

2. Explain the elderly what is online banking
Online banking might sound like rocket science to the elderly. Explain them how easy scammers could steal their identity and transfer money from their account, and they should not reveal their personal or financial information to anybody easily.

3. Install a caller ID or call blocking app for them
Caller ID or call blocking app can help reducing the chances of the seniors receiving spam calls. Rating and comment on numbers with tellows app is also very easy, it supports both Android and iOS system, and through reporting the numbers on tellows, you are also helping the others to stay away form spam calls, as tellows is a platform for people to share information about unwanted calls.
*Enjoy free premium version of tellows app after registration if you are a Android user!

Have nice summer holiday but don’t forget to remind your elder about phone scams:)

1 thought on “Phone scammers are targeting at seniors again”